ST. LOUIS – Those in the vehicle logistics industry have known for a while that a shortage of long-haul truck drivers in the United States over the last several years has impacted costs and delivery times. According to a report from the American Trucking Association, the U.S. had a shortage of 51,000 truck drivers at the end of 2017. That number is expected to balloon to 63,000 by the end of this year, and 174,000 by 2026 if current trends hold.Beyond vehicle transport, that shortage is now impacting costs in other areas as well, including consumer goods. Companies like General Mills, Tyson Foods, Hormel and John Deere have all cited higher shipping costs for price hikes in their products.

So, what exactly is causing this shortage of truck drivers?

Experts say truckers are aging out of the industry and not enough younger drivers are joining. The Bureau of Labor Statistics estimates that the average age of a commercial truck driver in the U.S. is 55.

Truck drivers earn an average of $23.99 per hour. Despite that, the industry is losing young workers to jobs with more steady hours and a better work-life balance, like construction or energy. The long work hours (up to 70 hours a week for many) and weeks away from home are definitely seen as detractors, especially in a healthy economy with plentiful job opportunities.

Additionally, some drivers are weary of new federal safety regulations that monitor how long they are on the road, and that mandate electronic logging devices (ELDs) on all trucks with an engine model year of 2000 or later.

As retired truck driver Robert Sanders told Business Insider magazine, “No one wants to be gone for weeks at a time while being monitored 14 hours a day for a ridiculously low wage while performing a stressful and dangerous job. Might as well do a job where you are appreciated and paid better after your eight-hour shift.”

While driver-less cars and trucks are still years away from being widely accepted, some foresee that the long-term prospects for the truck driver profession are not good.

While there is no surefire cure-all for the truck driver shortage, several developments can help attract and retain more drivers.

I believe the solution will require an industry-wide push. Our nation’s economy is dependent on the ability to move products. The government should have some skin in the game and actively work to address the issue.

Following are just a few of the proposed solutions:

The truck driver shortage could deliver a double whammy to auto dealers: both in higher transport costs and higher inflation in the general economy. Executives in the auto industry would be wise to monitor the shortage, and work collaboratively with lawmakers, regulators, vocational schools and transport companies to lessen the economic impact and develop viable industry-wide solutions.

Visit our homepage to learn more about ACERTUS and our offerings. 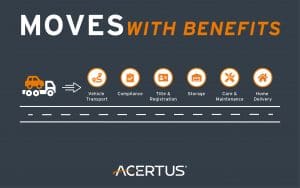 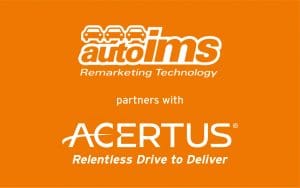 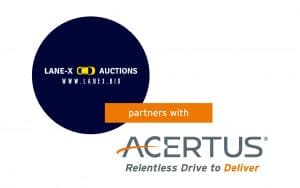 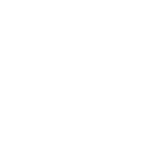