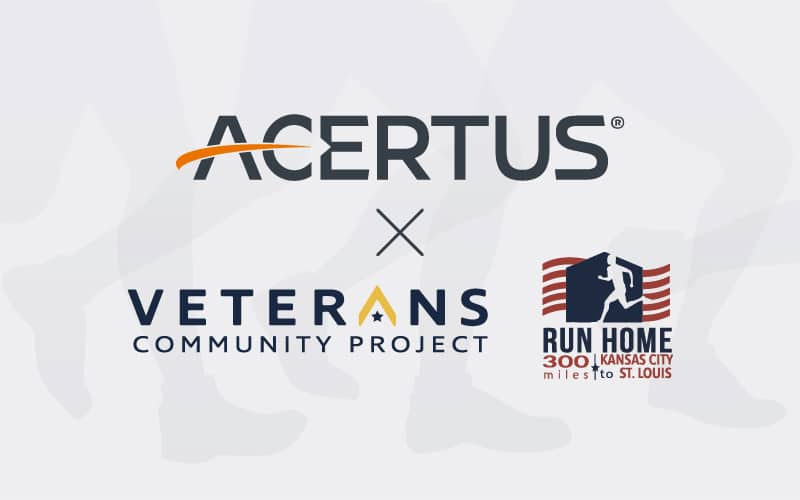 ACERTUS Pledges to Match Up to $25,000 in Donations Raised to Sponsor One Home Built

ACERTUS has announced a partnership with Veterans Community Project (VCP), a non-profit organization on a mission to end veteran homelessness. To support this cause, VCP builds and donates tiny homes to help veterans transition to permanent housing and provide them with the tools needed to return to a stable, prosperous and independent life. In contrast to traditional homeless services, a tiny home provides the veteran with privacy, a sense of security and the ability to reintegrate at a comfortable pace. Each of these tiny homes costs $50,000 to build.

In an effort to support VCP, ACERTUS is taking part in their “Run Home” event September 15-18. Runners, including our Chief Digital Officer, Blair Koch, will take part in a 300-mile race from Kansas City to St. Louis to raise money to sponsor homes for veterans. ACERTUS has set a goal to help raise $25,000 and has pledged to match donations up to $25,000 so ACERTUS can sponsor the building of one tiny home for a veteran.

Partners, customers, vendors and members of the community are able to donate to the VCP fundraiser online. There are currently 54 veterans living in a VCP tiny-home village located in St. Louis. VCP broke ground on 50 new homes to be built in the St. Louis community in early 2022.

Learn how VCP and Run Home are making an impact in the lives of veterans. 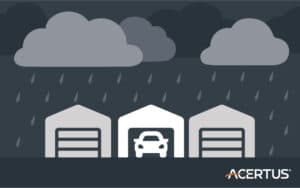 Hurricane Season and Its Impact on Auto Players 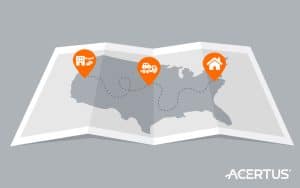 How to Get Started with Home Delivery 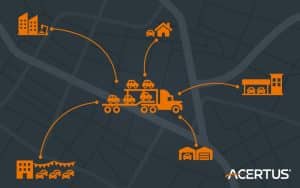